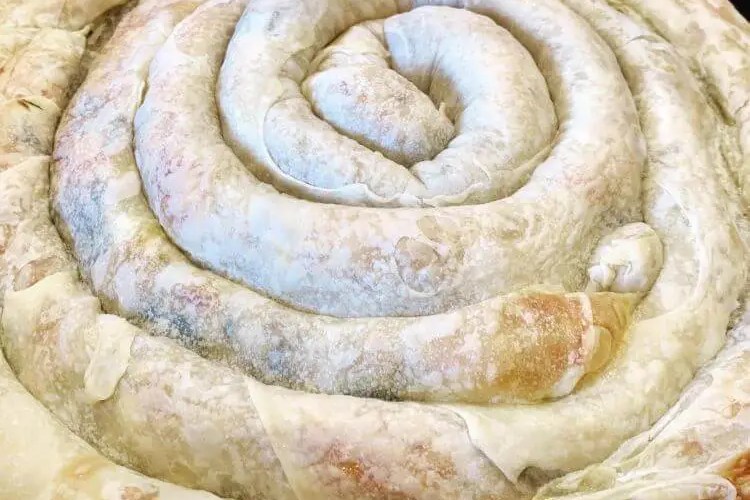 This spinach and cheese pie which is known as spanakopita is well recognised and loved.  Best eaten warm and very difficult to stop at just one piece.  The corner pieces are well sought after as the filo – phyllo is crispy, flaky and crunchy.

Did you make this recipe?

Variations of this popular pie can include the use of puff pastry instead of filo – phyllo or dough.  In addition, this pie can be made with feta cheese only, known as cheese pie – Tiropita or for those who prefer no dairy product eliminating cheese and egg altogether rather mixing in Bulgar wheat with your spinach mix.

Bulgur wheat is a whole wheat grain that has been cracked and partially pre-cooked. As a whole grain, it is a naturally high-fibre, low-fat, low-calorie vegetarian and vegan food ingredient.

This pie stands as a side or main and normally served with tzatziki dip and a refreshing cold beverage such as ouzo or a crisp white wine.

Did you know that spinach is a confirmed super food, good for bones, eyes and blood pressure? 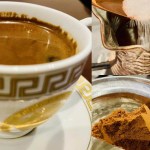 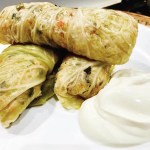 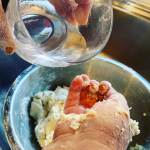 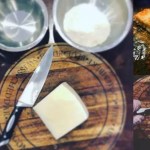 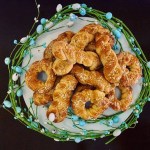